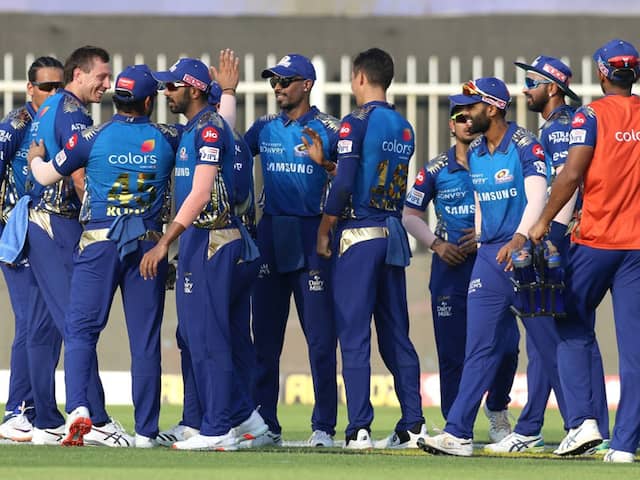 
Jonny Bairstow hammered 25 off just 15 balls to give SunRisers Hyderabad a good start against Mumbai Indians but a slower ball by Trent Boult gets Bairstow dismissed inside the Powerplay. However, David Warner and Manish Pandey have carried on and have put SRH in a good position to chase 209. For Mumbai, Hardik Pandya and Kieron Pollard got going at the death as they crossed 200 and finished 208/5 in their 20 overs. Krunal Pandya’s final-over flourish – 6, 4, 4, 6 off the last four balls gives Mumbai the momentum going into the second innings. Pollard remained unbeaten on 25 off 13 even as Hardik was dismissed in the last over for 28 off 19. Earlier, Quinton de Kock set things up for Mumbai with 67 off just 39 balls after they had lost Rohit Sharma early. Ishan Kishan hung around for 31 off 23 while Suryajumar smashed 27 off just 18 balls. Mumbai won the toss and chose to bat first in Sharjah. Rashid Khan was economical as ever, returning 1/24 from four overs. (LIVE SCORECARD)

Topics mentioned in this article